The key to the production of steel structure workshop and steel structure warehouse is design. Only rigorous and reasonable design can guide construction personnel to make economical and practical workshop/warehouse.

According to the summary of professional, the following five points must be noted in the design of the workshop/warehouse:

1. Insulation and fireproof of steel materials:

Steel materials has high thermal conductivity, and its thermal conductivity is 50w (m.℃). When heated to more than 100℃, its tensile strength will decrease and plasticity will increase. When the temperature reaches 250℃, the tensile strength of the steel will increase slightly, but the plasticity will decrease, and the phenomenon of blue brittleness will appear; When the temperature reaches 500 ℃, the strength of the steel drops to a low level, which will cause the steel structure to collapse. Therefore, when the ambient temperature of the steel structure reaches more than 150 ℃, heat insulation and fireproof design must be done.

The layout of the roof support system is determined by the span, height, column grid layout, roof structure, crane tonnage, and seismic fortification intensity of the area. In general, the roof structure with purlin or no purlin system should be provided with vertical supports; In a system without purlins, the large roof panel has three points welded to the roof truss, which can play a supporting role in the winding. However, considering the limitation of construction condition and installation requirement, both purlin and without purlin system should be provided with upper string transverse support of roof truss and skylight.
Longitudinal horizontal support shall be provided for the factory buildings with a roof frame spacing of not less than 12m or those with heavy bridge cranes or large vibration equipment in the factory buildings. 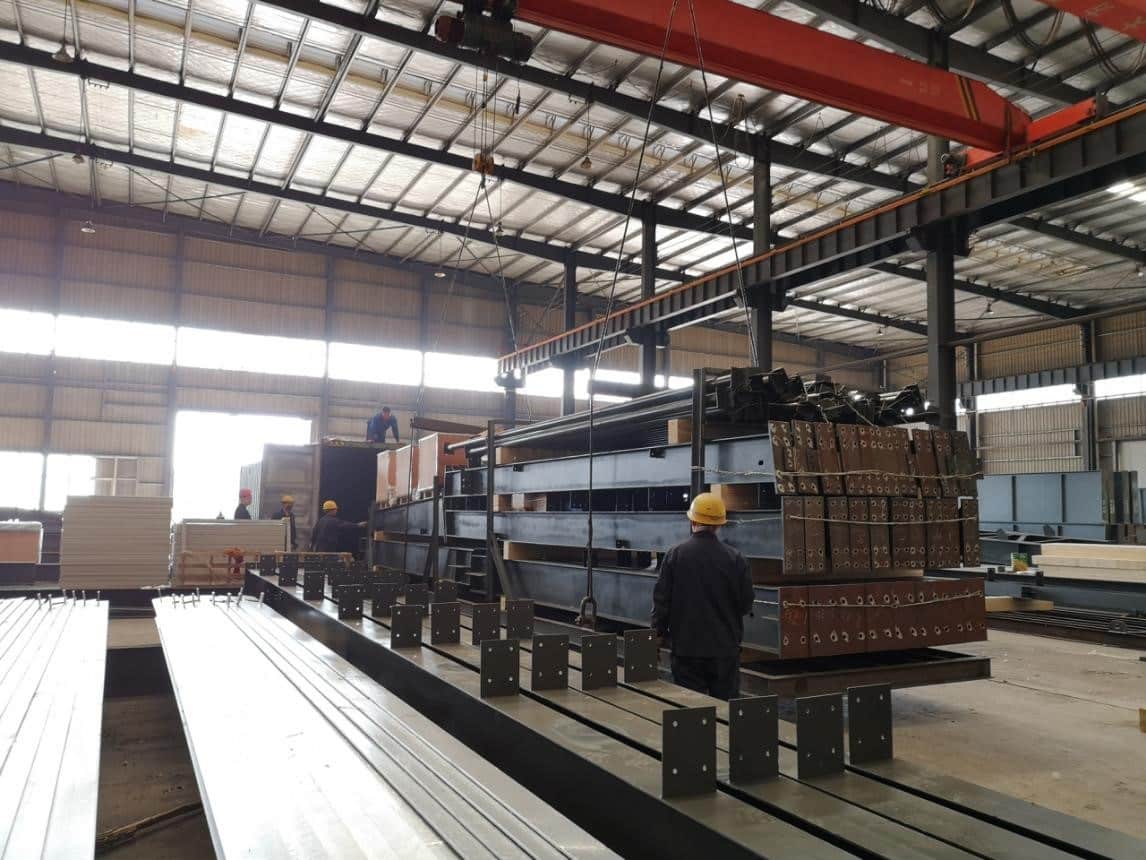 The construction of light steel structure mainly grasps the characteristics of the following four aspects: scale, line, color and change. The facade of the steel structure workshop is mainly determined by the process layout. In order to meet the requirements of craftsmanship, strive to make the facade simple and magnificent, and at the same time make the nodes as simple and unified as possible. The color profiled steel plate makes the construction of the light steel factory building appear light and colorful, which is obviously superior to the traditional heavy reinforced concrete structure. In the design of light steel workshop, jumping colors and cool colors are often used, with emphasis on the main entrances and exits, outer gutters, and edge flooding, which not only embodies the magnificence of modern factories, but also enriches the facade effect.